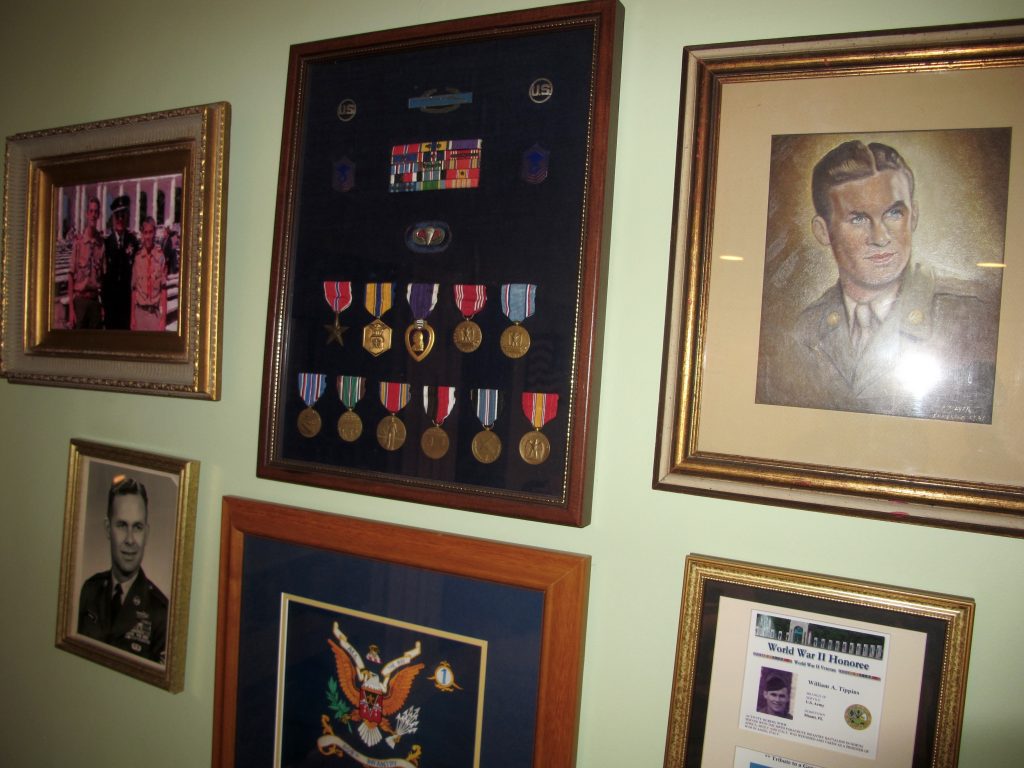 Over the next several months, Tippins tried to escape two more times, each time landing in solitary confinement for three weeks to a month, but he prevailed and was among those liberated by Russian troops at the end of April 1945. The Russians planned to send him home by way of Odessa, but he would have to wait three months, so once again Tippins “escaped.”

Traveling only by night in Russian occupied areas, he eventually made his way to one of the resettlement camps for American prisoners of war in and around Le Havre in northern France. The nine camps were named after cigarette brands, and Tippins, as one might guess, ended up in Camp Lucky Strike.

From there he went home to Florida, but soon grew restless and decided to reenlist and return to Germany to look for the woman who had risked her life to bring him food. The Army, however, said no. It would not allow prisoners of war to go back to Germany for fear of retaliation, but the Air Force had no such policy, so Tippins enlisted and — as luck would have it — ended up in the right place at the right time.

The Air Force assigned him to a town called Furstenfeldbruck where he worked with German police who helped resettle refugees displaced by the war. Furstenfeldbruck was roughly 400 miles from where he had met Pinky, yet one fortuitous day she walked through the door of the local police station looking for assistance.

Tippins said he had a hunch it was Pinky when he saw her but wasn’t sure until he glanced at her ID card and saw the name of her hometown — Furstenwalde. He then leaned over and said her nickname. Stunned, she bolted up out of her chair, he recalled, and seven months later they were married.

Tippins and Pinky were together for 57 years until her death in 2003. He now lives with the oldest of his three children in Springfield, where he’s been my neighbor for much of the past eight months as I’ve meandered back and forth from North Carolina to Virginia trying to decide where to live.

In that time, Tippins has been a living example of a powerful message about following your dreams, persistence, and taking risks. It’s a message he imparts every single day, often through the telling of his story, but also with his pleasantly determined, upbeat demeanor.

Getting to know him has served as the perfect bookend to my vagabonding ways. When I showed up in Springfield at the start of my journey, I met a man from Burkina Faso, who in the telling of his story reminded me that no matter where you go, there you are. Now, thanks to Tippins, as I get ready to go back from whence I came – back to Raleigh – I go with renewed determination to take a few risks and follow my dreams.