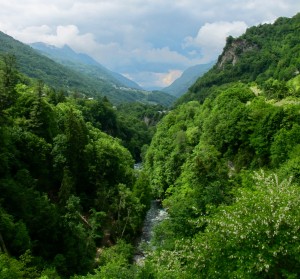 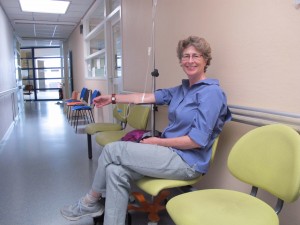 The first sign of trouble was a persistent itch on my legs and arms, and then I noticed the welts. They were everywhere, prompting me to look up the possible allergic reactions for cipro, and voilà, there it was — “hives or welts.”

So what to do? Keep taking it? Stop taking it? Or get a different prescription? I tried calling the ER, but I don’t speak French and couldn’t get through to the doctor. Hence the second visit, the nurse’s “It’s the American” greeting, and the doctor’s recommendation that I stop taking the antibiotic and rely on the pain medicine and the antidiarrheal. That turned out to be bad advice.

The runs continued for another 24 hours before I went back to the ER again. This time nurses drew blood, hooked me up to an IV drip with fluids, and asked for a stool sample. Turns out, I had salmonella. This time, the doctor prescribed a different antibiotic, one that proved (Thank God!) to be effective. It took nearly 24 hours to kick in, but it worked! 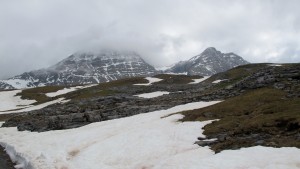 I paid the equivalent of roughly $95 for three visits to the ER, IV fluids and lab work. By way of comparison, I ended up at an urgent care facility (not an ER) in Raleigh this weekend for another ailment — I’m on a roll — and my copay alone was $75.

Never mind the nearly $500 I pay every month to ward off even bigger bills, and that’s an improvement, of sorts, because we now have Obamacare, which I’m all for, but the fact that it’s a mere Band Aid for what truly ails the healthcare system was made starkly clear to me by learning firsthand how they do things in France.

2 thoughts on “Getting Salmonella in the Land of Haute Cuisine”