The Man from Burkina Faso

For two days I overlapped at my current wayside stop in Springfield, VA, with someone from Burkina Faso. He’s now an IT guru and makes much more than he did as a lab technician in his home country. There, he lived with his brother, got around town on a bike, and made $25 a month. As a child, he said, both his mother and the demands of daily living instilled in him a strong work ethic. To retrieve potable water and bring it to the house, it was a two-mile walk each way. To attend school, it was a 10-mile, round-trip journey on foot. That, of course, was before the bike. 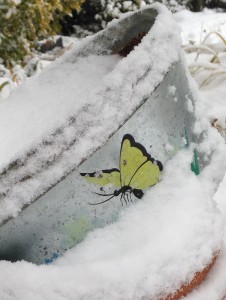 Now he’s married, has two children, and a brand new MINI Cooper. On Monday, he starts a new job in Norfolk, where his family lives, so he’ll no longer have to do his weekly commute from there to here, a three-hour drive he did every day, twice a day until he found a place to stay, as I have, at “Chez Deborah’s Wayside Inn” in Springfield.

What struck me, though, was that as he talked about his life in the United States and Burkina Faso, he seemed to be equally content with both. Here, I could see his easy smile and upbeat approach to just about everything, including his rather stunning commute and the trappings of yesterday’s five-inch snowfall.

I’m very glad the stars aligned so I could meet the man from Burkina Faso, a wonderful example of this age-old truism: “No matter where you go, there you are.”

2 thoughts on “The Man from Burkina Faso”