Editor’s note: A few years ago, I attended a personal finance course offered by the Latino Community Credit Union. I was impressed then and still am with the effort the LCCU puts into working with the Latino community and coaching those new to the United States through the intricacies of a complex banking system. Here is the text of the story as it appeared in the Raleigh News & Observer in November 2010.

ez is a stickler for paying credit card bills on time, for not accumulating debt, and for making sure that both her customers and her students understand the potential pitfalls.

“I have never made a late payment,” she told a small group of immigrants gathered at the main office of the Latino Community Credit Union in Durham. “And I am proud of that.”

Concha Pérez is manager of the LCCU’s branch office in Durham. She also conducts workshops offered by the credit union to help its largely Hispanic client pool grasp the basics of personal finance.

Throughout a recent seven-week course there was one recurring theme: the enormous difference between personal finance practices in the United States and in Latin America.

“In the United States,” Concha Pérez said, “it is extremely important to have a credit record.”

That, however, is not the case in many Latin American countries, where the use of personal credit records is relatively new and not nearly as widespread. The need to have one came as a surprise to Marcela Mol Reyes when she and her husband moved to Durham from Chile in mid-August.

Without a credit record, they had to pay a $250 deposit with Progress Energy when they signed up for electricity, and the lack of one also complicated their efforts to purchase a badly needed car. “Everything,” Mol Reyes said, “is different here.”

Mol Reyes has a degree in industrial civil engineering, and her husband is working on his Ph.D. in biomedical engineering at Duke. Yet, she said, “When I arrived here, it was as if I didn’t exist.” 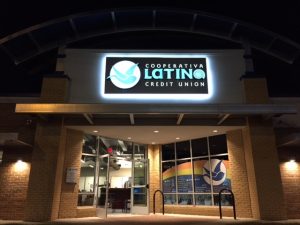 Mol Reyes is one of five women who attended the most recent series of personal finance workshops, which ended earlier this month.

Two sessions were dedicated to credit cards, and in both Concha Pérez was careful to point out the importance of avoiding certain hazards. Making late payments, for example, has a negative impact on one’s credit record. A low credit score means higher interest rates, and the difference can be enormous – for example, 3 percent for a good credit score and 29.9 percent for a bad one.

Concha Pérez placed particular emphasis on credit card advances: “Be careful with this one, ladies,” she said, noting that interest rates for cash advances can be higher than they are for regular purchases.

These kinds of red flags are especially important to Blanca Fragoso, a native of Mexico who moved to the United States 14 years ago and received her firstcredit card earlier this year.

Obtaining the credit card is the latest of several cautious steps Fragoso has taken to establish a solid credit history and create the financial foundation she needs to start her own business someday and buy a home.

Fragoso has taken each of these steps with the help and guidance of tellers and member service representatives at the LCCU. She was one of the credit union ‘s first customers when it opened in 2000 to help stem a crime wave targeting unbanked immigrant workers who either carried large amounts of cash or stored it in their homes.

Hispanics, who are more likely than whites, blacks or non-Hispanic Asians to have low-wage jobs, account for a disproportionately large number of unbanked Americans.

According to a 2008 study from the Center for Financial Services Innovation, there are 20.6 million underbanked Latinos, representing 47 percent of the total population. Of the 20.6 million, three-quarters are unbanked.

Both the unbanked and the underbanked tend to rely on costly and sometimes informal networks of check cashers and money lenders, as well as financial service companies that specialize in bill paying and wire transfers.

The problem, he noted, is gaining access to “credit that can help Latinos build wealth and create a better future for them and their families.”

Hispanics tend to be unbanked for myriad reasons. For many, there’s a language barrier or a fear of financial institutions. For some, it’s fear of deportation.

To help its clientele overcome some of these hurdles, the credit union provides its members with a combination of financial products, financial literacy, and the kind of one-on-one personal finance advice typically available only to those with easy access to costly financial planning services.

“We do a lot more than the standard financial institution,” said Erika Bell, LCCU vice president for strategy and services.

In addition to the workshops, which are open to the general public, the credit union provides its customers with free financial counseling over the phone, a low-interest credit-building loan, and low-cost wire transfers. Most notably, however, credit union employees show clients step by step how to use their financial products.

When it comes to cars, for example, the credit union will finance the car loan, but employees pore over the details of each purchase and let their clients know if they think anything is awry.

“My priority is that the members get a good deal and no one takes advantage of them,” said Concha Pérez, who has picked up on several anomalies that would have adversely affected her clients.

As a result of its hands-on approach, the credit union has built a loyal clientele that has done better than most in weathering the current financial crisis. LCCU members, for example, have a very low default rate on their mortgage payments. At the end of last year less than 1 percent had fallen at least two months behind on their payments and were therefore in the pipeline for the foreclosure process. The national rate was 6.98 percent. 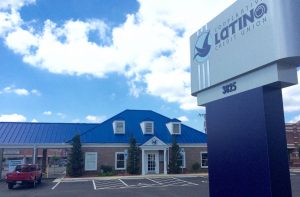 The LCCU, however, is an anomaly. What’s available to most low-income and even middle-income Hispanics is a fragmented array of services provided by banks, nonprofits, and other formal and informal entities ranging from the “amigo” at the corner store to Western Union.

Many banks and nonprofits have developed programs and services aimed specifically at a growing Latino community, one that by mid-century is expected to constitute 29 percent of the total population. But these programs and services, according to Latino advocates, often fall short of the kind of financial planning assistance needed by a large portion of the Hispanic community.

But what most people think of as financial planning “presupposes you are banked and you are utilizing capital markets,” said Aracely Panameño, director of Latino Affairs for the Center for Responsible Lending.

“All of these terms mean nothing to a community that primarily focuses on meeting daily obligations and daily financial obligations in this day and economy.”

That means, she said, that the path to financial planning must start with the fundamentals of financial literacy and financial education, and a clear understanding of what it means to dispense personal finance advice to low-income Latino families.

“Really what we think low-income families need is access to the same kind of tailored advice that affluent families get from a financial planner,” said Janis Bowdler, director of the Wealth-Building Policy Project at the National Council of La Raza.

But banks, she said, “are still very much in this mode of financial literacy through pamphlets and classes. They love to send their representatives to teach classes, [but] they’re really an orientation to the bank.”

They’re more focused on drawing people into the bank, she said, than changing consumer behavior.

Nonprofits, she noted, also are making an effort. More of them are going toward a financial planning model, but they are often limited to providing classes, which will not have a lasting impact.

“If you are lucky, you might give them information for the decision they have before them,” she said. The nonprofits, she said, “will tell you they don’t have the resources to offer one-on-one services and wish they did.”

The end result is that a large segment of the Hispanic community remains on the margins, and the problem with that, said Rebeca Cabrera, is that far too many never tap into the possibilities of owning their own home, saving up for a child’s education, or planning ahead for their retirement. For them, she said, “it’s much harder to get ahead.”

Cabrera, a native of Costa Rica, is one of the people attending the workshop. She came to the United States in 2006 to study and more recently to be with her husband, an American who works for an IT consulting firm in Research Triangle Park.

Her husband, she said, is familiar with financial practices in the United States, and she’s attending the workshops so she can understand them as well.

But she worries about those like one gentleman who showed up for the workshops but left after he learned a reporter would be in attendance.

“I feel sorry for him and other people like him,” she said, “who, for one reason or another, are scared away.”